At the start of the month, the Chancellor finally decided to extend furlough until March. After months of pressure from opposition parties including the SNP, the governments of the devolved nations, and numerous campaign groups, the decision was only made when England faced tougher restrictions. The UK government showing that once again the needs of England come first. After considerable ambiguity (and before the full details were agreed) I again asked Jacob Rees-Mogg for a debate on the fiscal framework under devolution. Again I get no actual answer, just distraction. If the UK government won’t support Scotland, give us the powers to do it ourselves. Watch below:

The Chancellor also then extended the Self-Employment Support Scheme. I welcomed this but too many are still missing out. I’ve written to him once again to raise this – simply extending the scheme does nothing for the millions who weren’t eligible in the first place. 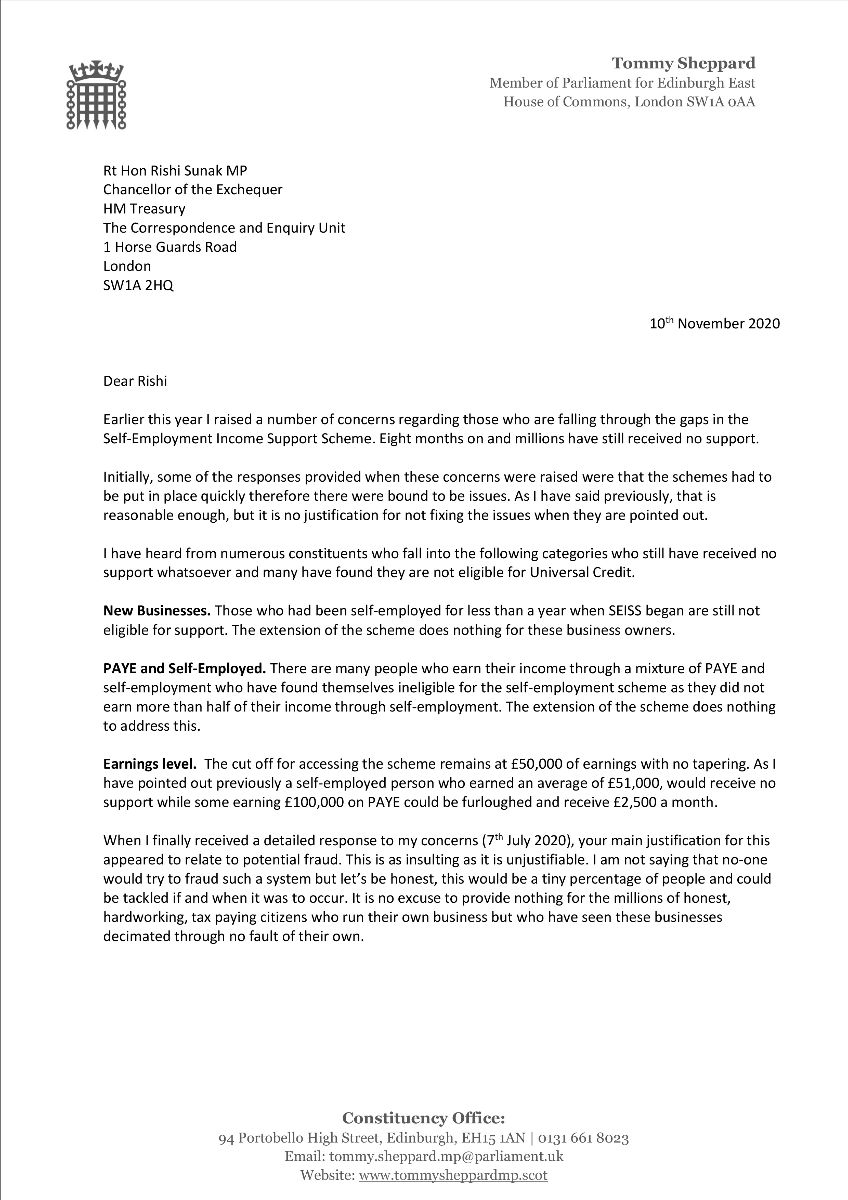 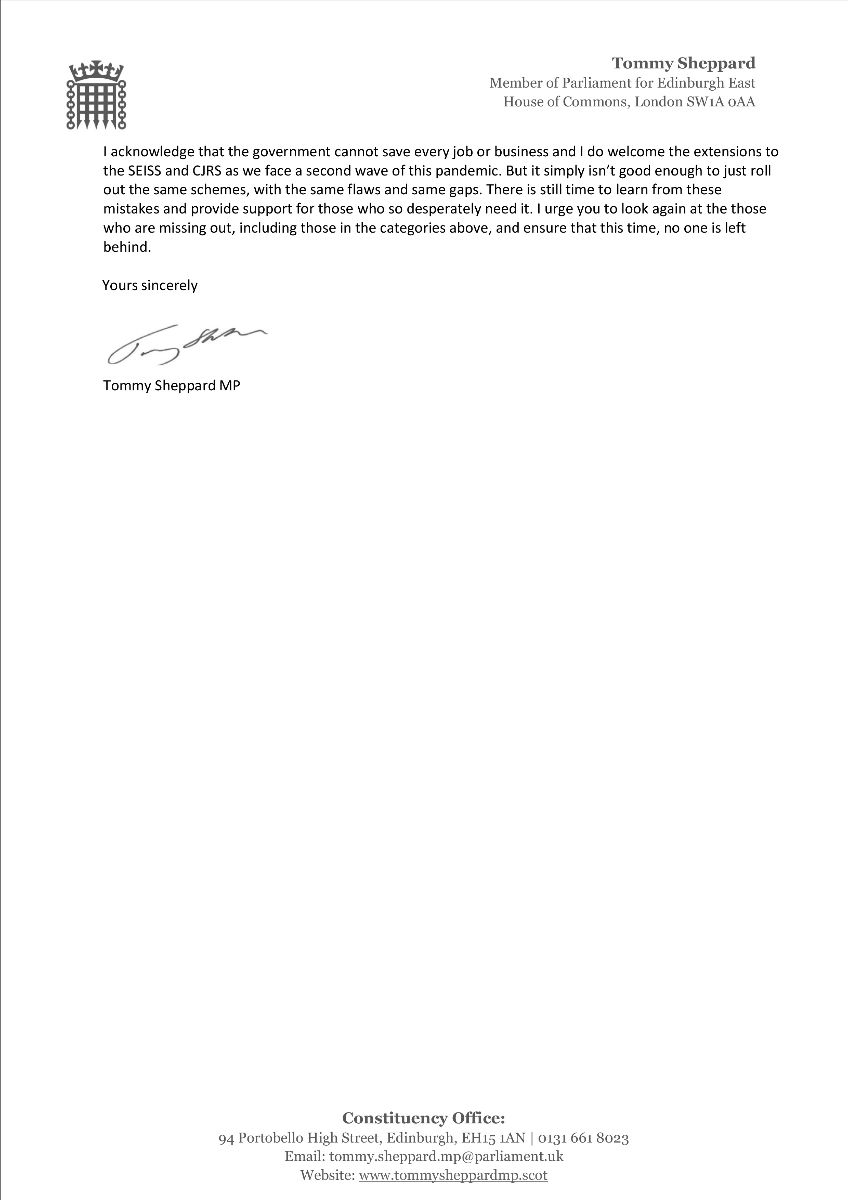 As we rapidly head towards the end of the transition period, I raised my concerns about the Shared Prosperity Fund with Jacob Rees-Mogg and suggested that the uncertainty over Brexit is partly why support for Scottish Independence has never been higher. No one is denying the result of the 2014 referendum. But in a democracy people have the right to change their mind. If Jacob Rees-Mogg truly believes what he’s saying then why have we had three Westminster elections in the past five years?! Watch below.

And you may be aware that both Boris Johnson and Jacob Rees-Mogg have made comments recently that seek to undermine devolution. At Business questions, the Leader of the House refused to answer or distance himself from PM’s claim that devolution is a mistake – that’s because this domineering right-wing Tory government can’t stand that the people of Scotland keep rejecting them & electing. Watch here.

I focused my Edinburgh Evening News column this month on a speech given by the new(ish) leader of the Scottish Conservatives, Douglas Ross as he sought to set out the case for the Union. You can read it here.

Finally, I want to mention the UK government spending review. We’ve all heard the phrase ‘unprecedented times’ far too often this year because it’s sometimes difficult to think of a better way to put it. But the UK government seems to think that one way to help with the economic impact is to cut public sector pay and overseas aid. It’s appalling and incredibly short sighted. Not only that, as it’s a spending review rather than a budget, there’s no vote: and neither of these ideas were in their election manifesto last year so they have no mandate for them. I raised these points with the Leader of the House: