The big change for me during February was a change in my role in the SNP Westminster team. I will no longer have a weekly tussle with Jacob Rees-Mogg as I left my role as SNP Shadow Leader of the House. I can’t exactly say I’ll miss those exchanges.

My new role is as the SNP’s Westminster Spokesperson for Constitutional Affairs. I’m looking forward to getting stuck into this in the weeks ahead. I think part of that role will be about upholding democracy – something I wrote about in my most recent Edinburgh Evening News column.

The event of the week, maybe of the year, is Wednesday’s budget. Along with my SNP colleagues I have been pressing Chancellor Sunak to maintain government support whilst we see out the pandemic. In particular, maintaining support for businesses that are still forced to close, making the £20 a week uplift to Universal Credit permanent and extending it to legacy benefits too, keeping the job retention (furlough) scheme and, finally, providing support for the thousands of self-employed folk who haven’t received anything so far.

Regular readers will know that I often raise the subject of the millions who have been excluded from UK government Covid support schemes. This month, Rishi Sunak responded to a constituent, denying that people have been excluded from the Government coronavirus financial support schemes. He also states that 3 million is ‘not a figure [he] recognises’. Below is the rebuttal letter I put my name to as part of the Gaps in Support All-Party Parliamentary Group. 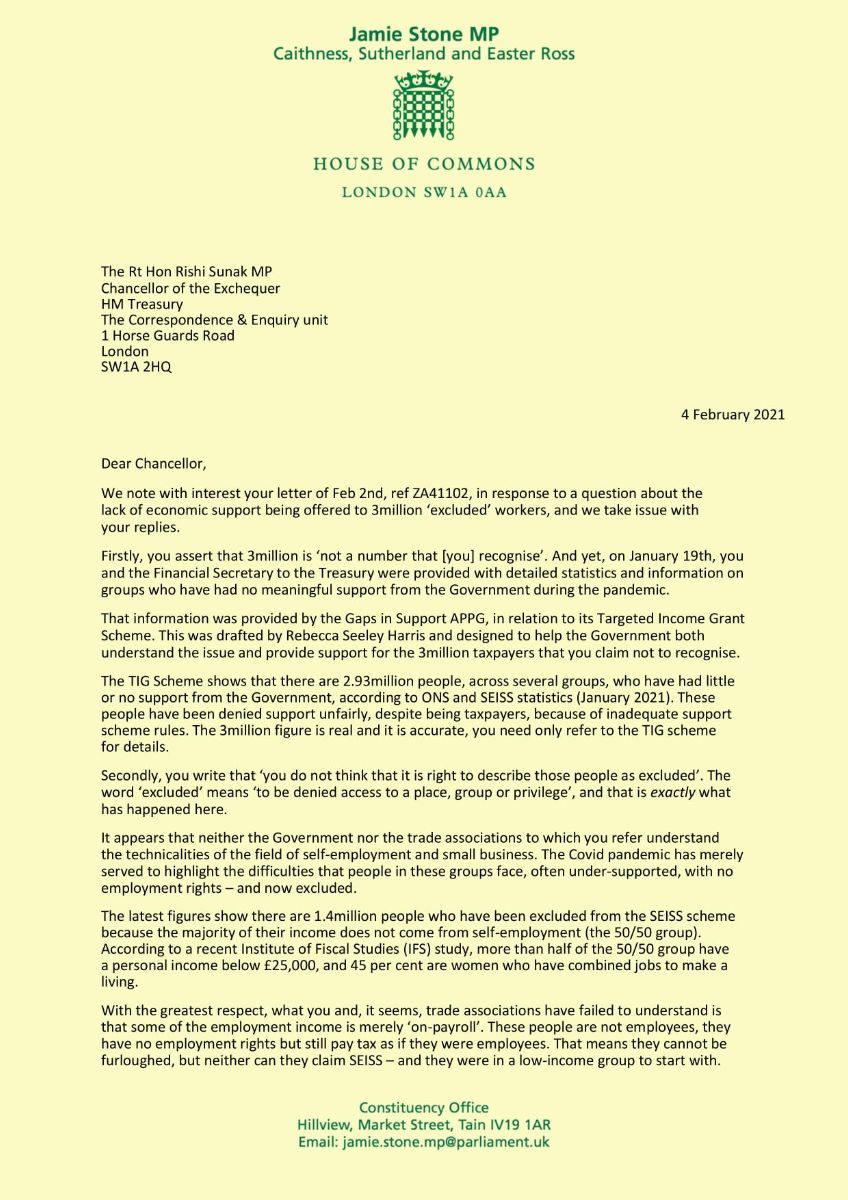 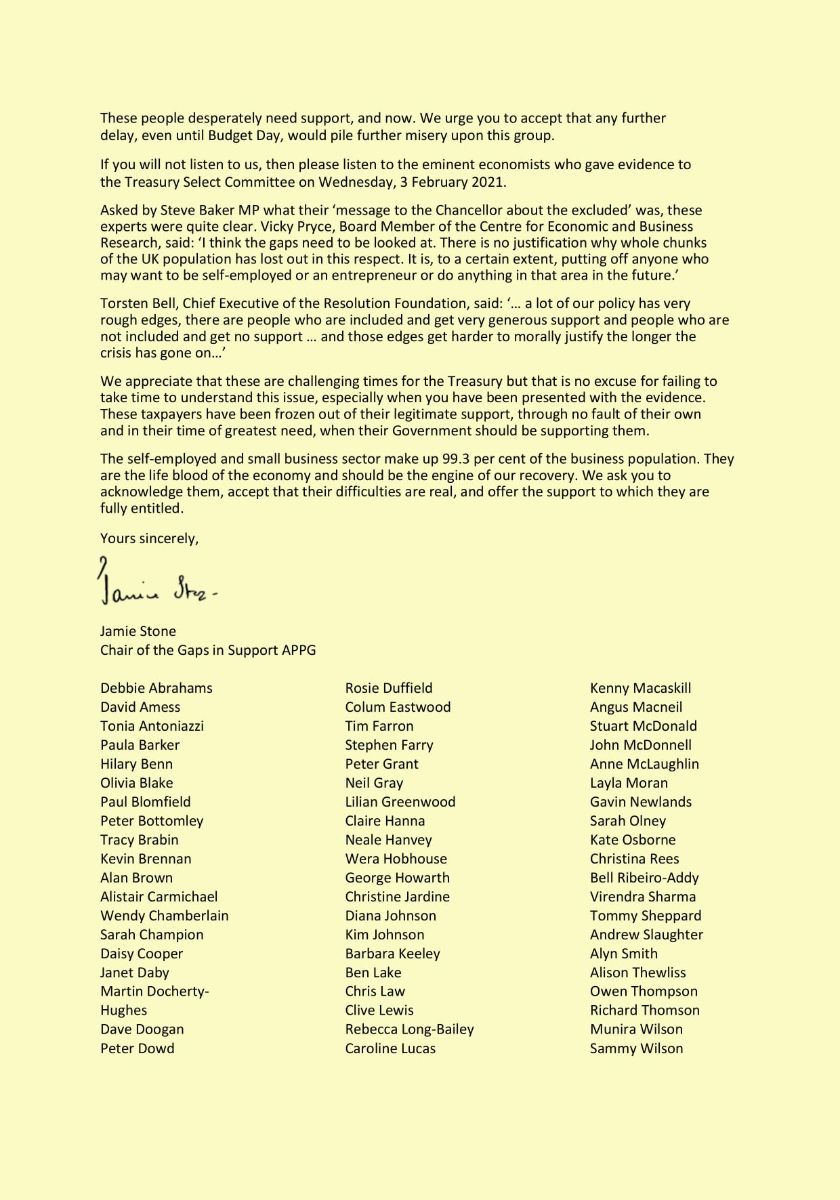 The UK’s medical cannabis crisis has now reached breaking point. I have written to Boris Johnson, calling on him to personally intervene to secure emergency funding to help support End Our Pain and families with children who suffer from intractable epilepsy. They are reliant on medical cannabis oils, but are still forced to pay up to £2000 a month to access a legal medicine.

While we’re talking about dogs, one of the things that often happens at Westminster is drop-in events, where you can hear about, and lend your support to, specific campaigns. Some of these are now happening online and this month I was pleased to give my support to the Dog’s Trust in their fight to Stop Puppy Smuggling. They are exposing the widespread abuse of the Pet Travel Scheme, which has long been used as a cover for unscrupulous traders to illegally import thousands of puppies. 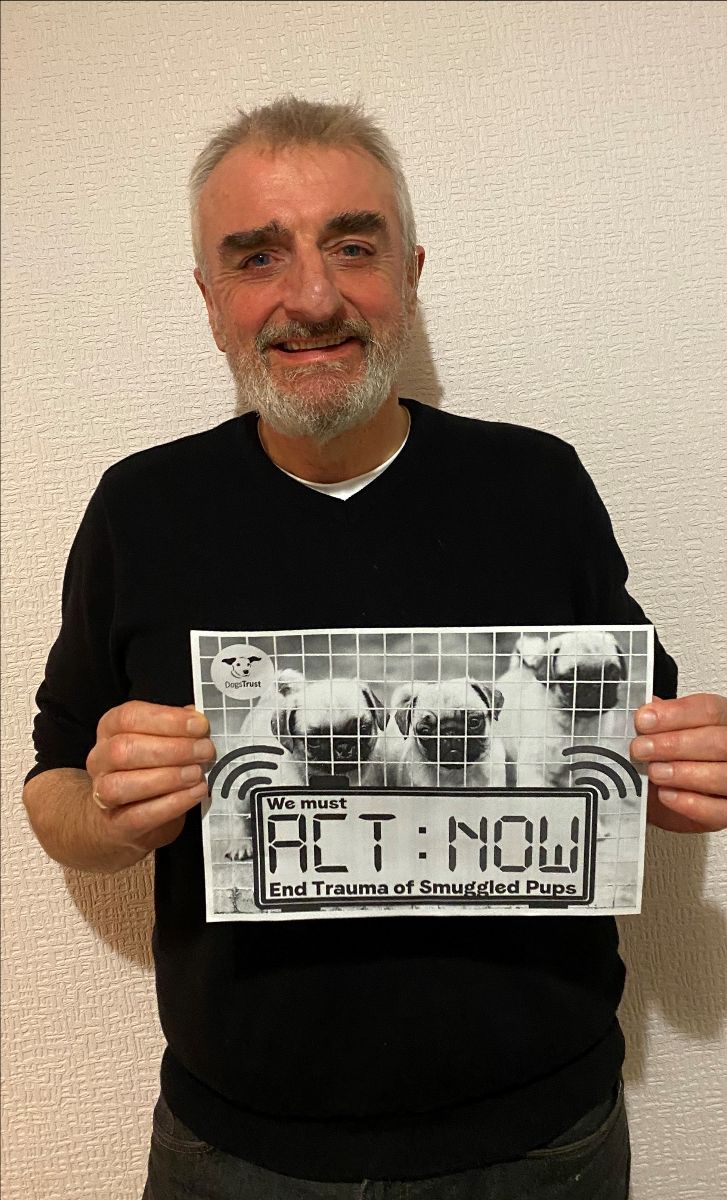 Whilst I find zoom meetings frustrating, and no replacement for being in a room with people, sometimes they come into their own – like when you can speak direct to a Kenyan Fairtrade farmer live from his farm! I was pleased to be able to attend the Fairtrade APPG event this month and stand with farmers and workers during Fairtrade Fortnight. 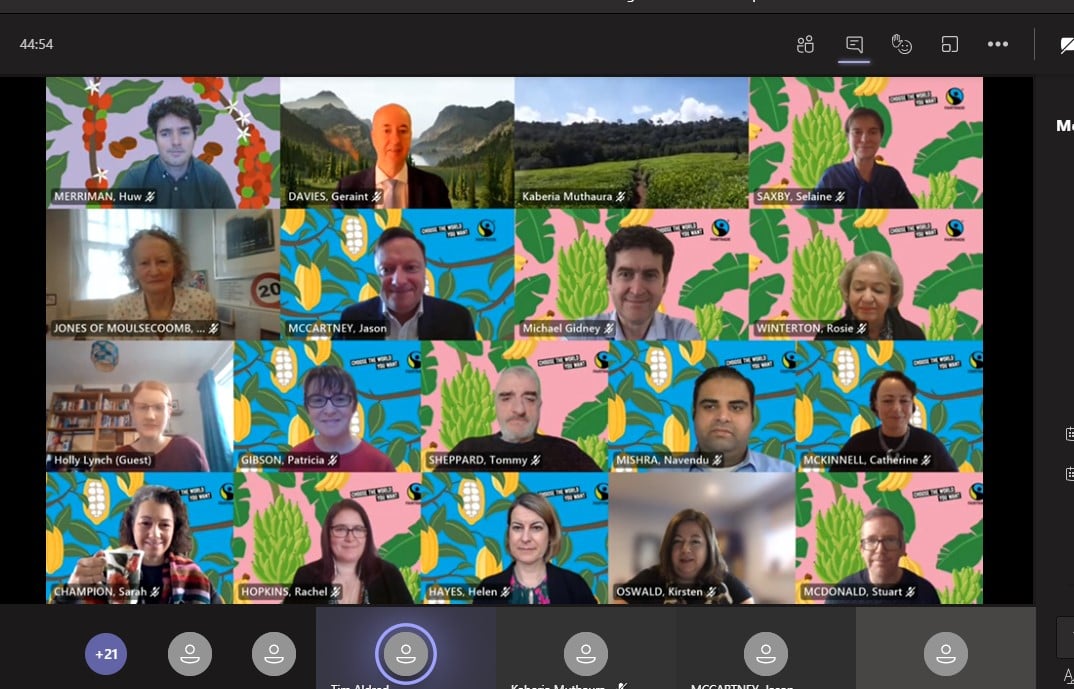